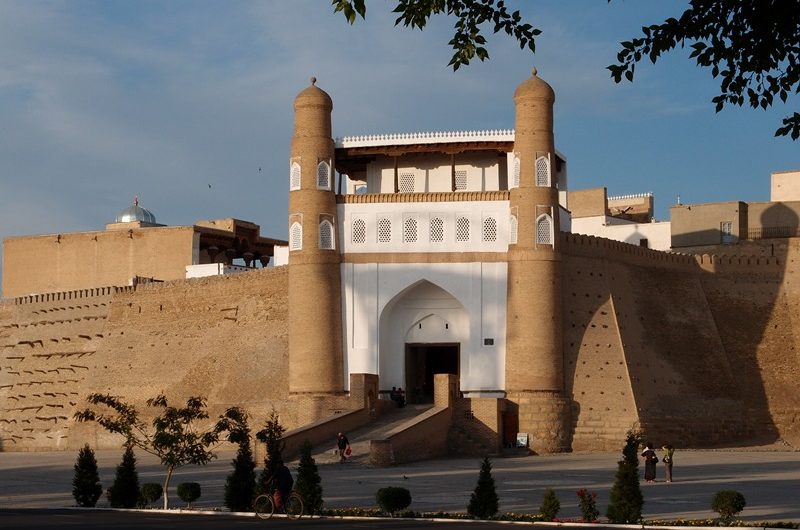 In this fascinating trip to three Central Asian countries, you will visit the legendary cities of Turkmenistan, Uzbekistan and Tajikistan. You will experience the color of the East, visit historical monuments of ancient cities of the world, taste delicious dishes of local cuisine! Ancient culture, sunny days, hospitality of the local population and amazing discoveries are waiting for you!

Breakfast. Excursion to the memorial complex in Kypchak. Transfer to the underground lake „Kov-Ata.“ (100 km west of Ashgabat). Underground Lake Kov-Ata. At a depth of 60 meters from the entrance to the cave of the Kopetdag Mountains lies a lake with healing water, which breathes warm steam. Bathing in this water has a beneficial effect on the body and helps to cure a number of diseases. Lunch. Transfer to the equestrian complex in Gökder. Excursion in the conplex. Famous, „fast like the wind,“ Akhalteke horses glorified the Turkmen country throughout the world, even the coat of arms of the state depicts the Akhalteke racehorse. Akhalteke were bred by Turkmen more than 5,000 years ago in the foothills of Turkmenistan. Turkmen are born riders.

Return to Ashgabat via mountain gorge Archabil/Chandybil. Dinner. Transfer to the hotel.

Breakfast. Departure to Mary by morning flight (07:00). Arrival. Breakfast. Transfer to Bairamali (30 km). An excursion to Ancient Merv – State Historical Reserve. The “Queen of the World” was one of the most important capitals of Islam, along with Baghdad, Cairo and Damascus. Merv reached its highest heyday in the XI-XII centuries, when it was the capital of the Great Seljuks. Their empire stretched from the sources of the Amu Darya River to the Mediterranean Sea. Seljuk Merv occupied more than 640 hectares and was one of the prosperous cities of that time. He attracted scientists and merchants from all over the Islamic world. Nevertheless, Merv could not withstand the onslaught of Mongols in 1221, and was completely defeated. Return to Mary. Lunch. Visit to museum of Local Lore of the Mary province. Transfer to the hotel, accommodation.

After breakfast at the hotel, transfer to Darvaza Crater, known as „Door to Hell.“ The Davaz region is rich in gas deposits found in 1971 by Soviet geologists. As a result of the work of geologists, a burning 70 m deep crater was formed, which is still burning. Upon arrival, accommodation in a tent camp.

Breakfast at the hotel. Today you will have a walking tour in Khiva with your guide. Ichan-Qala  is the historical center of Khiva which has been inscribed into the UNESCO World Heritage List. City tour around the architectural complex „Ichan-Qala“: Kunya-Ark Khan’s castle – the inner citadel of Ichan-Qala (16-17th cc.), Kalta Minor Tower (Short minaret) that would have become the biggest and tallest minaret in Central Asia (19th c.), Muhammad Amin-Khan – the biggest  medieval madrasah in Khiva (1845-1855 yy.), Djuma mosque with 220 wooden columns and a minaret 32 meters high. Lunch at a local restaurant. Tash Hauli (Stone courtyard) palace looking like a fortress with a high battlements, towers and fortified gates (19th c.), Ak mosque (White Mosque) – a small quarter mosque by the  gates of Palvan-Darvaza (1838-1842), necropolis of Pahlavan Mahmud – the cultic center of Ichan-Qala (1810-1913 yy.), residence of Islam Khodja (1910 y.) – the vizier of the last khan. Ensemble consists of the smallest madrasah in Khiva and a minaret which top platform has a height of 45 m and is the highest observation point in town.

After a little rest in the hotel, be sure to take a walk in Khiva in the evening! Khiva at night is the eighth miracle of the world! Walking along the streets of this town, where minarets rise, and the sky is filled with large, bright stars you will find yourself in a fairy tale! And words cannot discribe extraordinary calmness and peace in the air! Overnight at hotel of Khiva.

Early in the morning transfer to Bukhara through the Kyzyl-Kum desert (7-8 hours to Bukhara – 480 km). On the way, a stop at the Amu Darya River and at the sands of the desert. Lunch or picnic. Arrival in Bukhara. Check in to the hotel. Free walk through the historical center of the old city. Dinner. Overnight at the hotel.

After breakfast start exploring Bukhara with your guide.

Bukhara the divine! It is one of the oldest cities of Central Asia the age of which reaches 2,500 years. This city has been a spiritual and commercial center and its importance does not decline over the centuries. „Bukhoroi – Sharif“ – „Noble and Sacred Bukhara“ – is one of the numerous epithets that this ancient city was awarded. Here you can fully feel the charming atmosphere of the East!

Before lunch, the excursion program includes a visit to Bakhoutdin Naqshbandi complex, the Samanid mausoleum, Chashma-Ayub mausoleum, and Arc fortress. After lunch you will visit indoor markets, madrasahs and mosques built along the old caravan trade road. Dinner. Overnight at the hotel.

Breakfast at the hotel. Transfer to Samarkand. Arrival. Samarkand is one of the oldest cities in the world with a 2750-year history, the same age as Rome, Athens, Babylon. It achieved a special flourish and greatness under the great Timur. Everyone who visits Samarkand admires the high skill and artistic talent of the ancient architects who created amazing architectural gems.

Lunch at a national house. Hotel accommodation. Explore Samarkand with your guide. Ulugbek Observatory, the museum of the ancient city of Afrosiab, the tomb of St. Daniel, ensemble of mausoleum s Shahi-Zinda. After dinner, a walk to Registan. See the beautiful square in the evening under bright Samarkand stars. Overnight stay in hotel.

After breakfast continue the city tour: Registan Square. Admire the great buildings of the scientist astronomer and ruler Ulugbek and his descendants. The tour will take place in the old madrasahs of the 15th-17th centuries, where talented young people of their time studied. Guri Emir Mausoleum, Bibi Khanum Mosque. Visit to Samarkand bazaar Siob. Overnight in the hotel of Samarkand.

Breakfast at the hotel. Transfer to the border with Tajikistan checkpoint „Djartepa“ (50 km).

Meeting at the border with Tajikistan at 10:00 – 11:00 at Djartepa checkpoint. Departure to Penjikent, on the way visit the excavation site „Sarazm“ (4000 BC Heritage UNESCO). Visit Penjikent city centre and central market en route.

Departure to seven Marguzor Lakes of the Fan Mountains, up to the 6th lake. Walk around the neighborhood and small villages. Night and dinner at a homestay.

In the morning after breakfast, a trip to Lake Iskanderkul, which is located on the other side of the Fan Mountains. Our path runs along the valley of the Zeravshan River.

Upon arrival at Lake Iskanderkul, accommodation in a tourist base and further free time for walks to the Iskanderkul river waterfall and to snake lakes.

Morning after breakfast departure to Dushanbe. Our path runs through the Anzob Pass (through the tunnel), as well as along the Varzob Gorge.

In Dushanbe – a short tour of the center. Visit to Dusti Square, a monument to Ismoil Somoni (8-9 centuries) Central Park, Library, Palace of the Nation, flagpole (165 m, highest on the planet in 2013-2014). If you wish, visit the National Museum of Tajikistan (closed on Mondays). Visit the new central bazaar of the capital „Mehrgon“ and gift shop. Hotel accommodation and rest.

In the morning a trip to the town of Gissar (30 km west of Dushanbe), a visit to the Gissar fortress (the residence of Emir Bukhara in the 16th century), as well as an old madrasah and Gissar History Museum. Return to Dushanbe. Exit to the Romit Gorge, which is located east of Dushanbe. A trip along the gorge to the village of Vistan. Visit the local family, stop for tea, walk in the village and its vicinity. After completing the program, return to Dushanbe.

Breakfast at the hotel. Free time. Transfer to the airport for international flight home.

End of the programme.

Turkmenistan part price does not include:

Uzbekistan part price does not include:

Tadjikistan part price does not include:

HAVE A WONDERFUL TRIP! 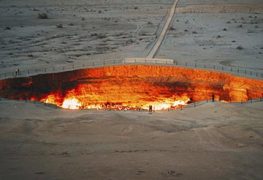 In this fascinating trip to three Central Asian countries, you will visit the legendary cities of Turkmenistan, Uzbekistan and Tajikistan. 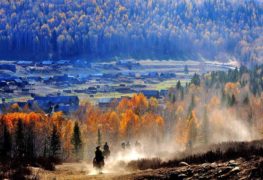 Enjoy some of the oldest towns of the world with ancient citadels in Uzbekistan and Turkmentistan.

How can I help you ?